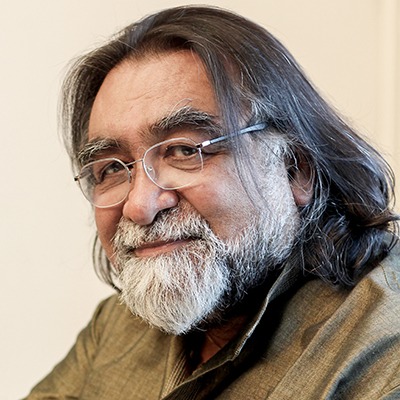 
Mr. Prahlad Kakar started his career in advertising in the early ’70 ‘s in ASP Delhi. He then moved on to gain experience in feature films with his mentor and leading filmmaker Shyam Benegal. After assisting him on renowned features like “Ankur”, “Nishant”, “Manthan” and “Bhumika” between 1974 to 1977, he moved on to become an independent film director in the field of Advertising. He is the Founder and Director of Genesis Film Production Pvt. Ltd., one of the leading production houses in India. Prahlad virtually invented a genre of television advertising in the years that followed. He has ruled the advertising world with his brand of irreverent humor, memorable brand building campaigns and has created Award winning commercials for the most reputed Corporates and agencies in India and the Asia Pacific region for over 4 decades.

Through the years, these Corporates have continued to communicate their brand stories with Prahlad making films that capture the dreams and aspirations of his target audience. Memorable campaigns which created history and to date remain in the hearts and minds of people who grew up watching these campaigns. Prahlad has won several awards for technical excellence, Innovation and creativity in advertising over the years. Genesis won both Gold and Silver awards including “Campaign of the Year” for the Pepsi commercials at AAAI. His Public service films for Ceat, won awards in the New York Festival of Advertising. Commercials directed by Prahlad have also been nominated for Lions at Cannes. Within 20 years of his career.

Prahlad Kakar earned himself a Lifetime Achievement Award by the IAAFA early in his career in the year 1999 and has got Genesis the top Production House for 2 years in a row for years 2003 and 2004 by Brand Equity. Prahlad’s aesthetics and sensibilities have found shape and form in the hundreds of films done over a career that spans over 40yrs. His impeccable story-telling, centered around the product, has always been the key to his success.

Prahlad brings all these enriching 38 years of experiences and enthusiasm to us as our mentor and Marketing Consultant at Glocal Marketing solutions Pvt. Ltd. His abundant experience and passion towards advertising is definitely going to take our organization reach new heights of success.